“There’s no doubt that the one thing what worries women when it comes to HRT is the Big C, breast cancer. When it comes to the WHI studies which were published in 2002-3, the main focus was on breast cancer and sadly there was a lot of confusion about it.

“If you take 1000 women and follow them up for 5 years, 23 who are not taking HRT will get breast cancer, so it’s quite common. But if you take another 1000 women who are on combined HRT – oestrogen and progesterone does increase the risk on breast cancer marginally – another 4 cases.

“If you look at women who have no uterus who take oestrogen only – the number 23 becomes 19. In other words there are 4 fewer cases and this reduction was also found in the WHI  study and followed up over the next 20 years.

In other words it’s a real observation – oestrogen does not increase the risk of breast cancer. It is the progesterone component – but lest remember its an addition 4 women in 1000. Each women has to decide for themselves if that risk is acceptable.”

Q: Are other factors involved in the development of breast cancer?

“It’s very important to recognise that there are lifestyle risk factors that are at play – alcohol, smoking, being overweight – these are much bigger risks for breast cancer than HRT. And a little bit of exercise is protective.” (seven fewer cases)

“NICE in 2015 did publish guidelines for GPs saying that benefits of HRT far outweighed the risks. The problem is often not the GPs, the media often publishes articles say HRT is a risk for blood clots or cancer and it really does impact on the what women feel about HRT, regardless of what their GPs are saying. I think many GPs are very open to it now.

“I am not suggesting that a woman with an oestrogen receptor should be getting oestrogen or HRT but what I’m saying is that we don’t know that it caused that cancer to develop. We don’t know what caused it. The fact that it has oestrogen receptors means we should be careful and not to give them oestrogen, not until we know more about it, but we must remember that these women have a huge unmet need.

“They have all the symptoms of the menopause from the treatments they receive and because the cancer has developed in what is arguable one of the most important female organs, there is a desperate need to research ways to treat these symptoms. There is some very good research coming from America showing that these women would do very well if they’ve given testosterone, that their symptoms are well controlled with the testosterone. But this is an area that is still very controversial.” 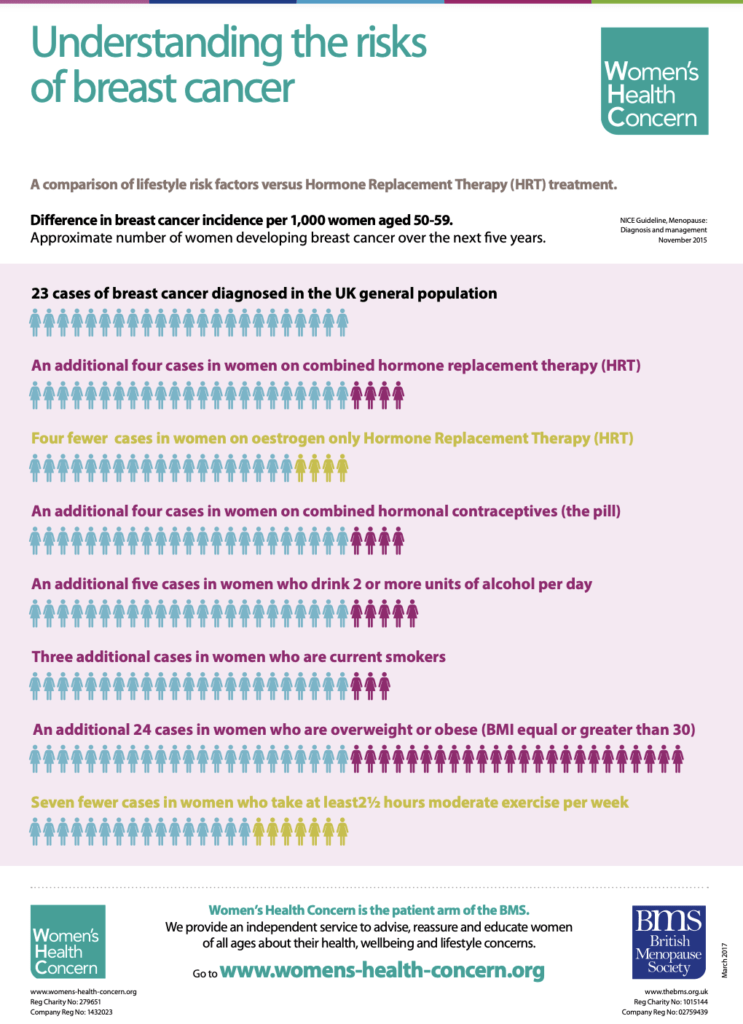 Q: What about the risk of recurrence with HRT?

“The truth of the matter is this – there are not many women with breast cancer who have been given HRT in the conventional sense. There isn’t enough evidence or research to tease out the answer as we would like, but what we do know is that women with breast cancer who have participated in the research by Glaser and colleagues in the United States, they have shown that women who have been given testosterone and an aromatase inhibitor – which is a drug that prevents the conversion of testosterone to oestrogen, then the expected recurrence rate is lower than in the background recurrence rates – that is women who had breast cancer but were not treated. We just simply don’t have the kind of research data we need because most women aren’t given HRT if they’ve had breast cancer, so we don’t have the definitive research but what I’m finding encouraging is the potential role of testosterone in the prevention of breast cancer.”

“Those cut offs came from the original hysteria that surrounded the WHI studies in 2002/3 when there was the original interpretation of the findings which implied that after 5 years or thereabouts risks became unacceptably high but as we all know now the data has been reinterpreted and we know that the combination of oestrogen and progesterone slightly increases the risk but oestrogen on its own doesn’t.

“Really for the vast majority of women the 5 year cut off is a myth and should be thrown out the window. Treatments really should be individualised to the women’s needs. I have a number of patients in their 80’s who are taking HRT. Of course you look after these women and you keep them under surveillance and therefore if they do develop a cancer you pick it up early.

“The women on oestrogen have a reduced incidence of breast cancer, and a lower mortality rate.

“The Mirena coil does not increase your risk of clots. It’s given to protect the lining of the womb and it’s only reached very locally so you largely avoid the risk of the progesterone taken by mouth.”

Q: How do you know if you’ve got enough oestrogen?

“Good question. It should be titrated agains the women’s symptoms. Let’s suppose a women at 50 required a patch of 75mg but at 60 you might want to reduce that to 50mg and if she’s comfortable there then stay on it. After a while you might consider lowering it to 25 and if she’s happy there then stay there. If not go back up again.

“I think the mistake we often make is getting hung up on blood levels but where you want to be is where the dose you’re on is managing your symptoms. If you are at risk of brittle bones for example, then you may not want to be taking the minimum dose because you may not be getting the protection you need. 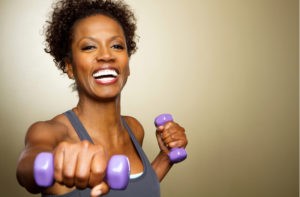 Q: What if you’re taking  HRT for long term health and have no symptoms – would you take the minimum amount then?

“I would tend to go for the middle range of the doses available so for example a 50mg patch.”

Q: Do symptoms come back if you stop HRT?

“The vast majority find the symptoms do come back, but the trick is to not stop suddenly. The trick is to gradually reduce it over time, they might then find it’s easier to cope with the recurrence of symptoms and they should eventually fade away.”

Q: Oestrogen dominance – does it exist?

“The concept of oestrogen dominance flies around all the time but is actually a myth, and let me give you one example. Black women, for instance, are often told they are oestrogen dominant that that’s why they have more fibroids that other women, but it’s a myth.

“The reality is there is a huge fluctuation in oestrogen levels and to deny women oestrogen based on this is a myth.

It really is a myth. There is a huge fluctuation in oestreogen levels all the time and it’s also true that there are groups of women who appear to have higher levels of oestrogen if you measure them at the same time in the cycle – but that is a normal variation that you’d find. There is a normal distribution of whatever component you measure but to say it’s oestrogen dominance is really a myth.”

Q: How do you best apply oestrogen gels

“You want to apply it to an area that is clean and dry and you want to gently rub it in. You don’t want to rub it in, but gently apply it.  Select an area with a reasonable surface are and gently massage it. 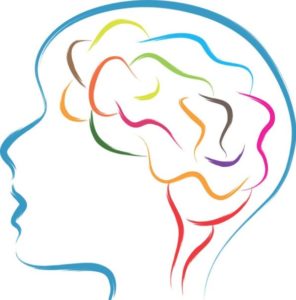 Q: Is oestrogen protective for dementia?

“Let’s be clear that the vast majority of dementia cases are Alzheimers disease. Now, let’s be clear about the pathology of the disease and where it takes place – it’s the hippocampus. Now if we keep things simple, one of the biggest observations we know is that the hippocampus is full of oestrogen receptors. After menopause we know that the level of oestrogen receptors in the hippocampus falls dramatically, but in women on HRT because they’re getting the stimulation of HRT those receptors do not drop as rapidly as they do in women who are not on HRT.

“These sorts of issues studies have been done on animals or in test tubes and it appears that oestrogen is protective where the hippocampus is concerned. So, does that mean oestrogen could prevent Alzheimers? There has been some conflicting data but the strong emerging evidence is that there is a distinctive possibility that oestrogen could well protect against Alzheimers. It’s coming from the animal studies, the test tubes studies but also from the human observational studies.

“The starting point point of the disease maybe 20 years before the disease presents, so it’s hard to study, but we need randomised long term studies. The biggest killer of women today in the UK is dementia so we really need these studies.”

Q: The ‘window of opportunity’ – if you haven’t started taking HRT within the ten years – does the receptor window shut in the brain?

“The sooner you start the better in terms of benefits.  If you leave it too long the receptors will have with withered. You can not resurrect a receptor that is dead and there are some that may argue that if you take it late you may do a little more harm than good.

Q: Should all women have HRT?

“I’m going to stick my neck out here a bit. In the years to come we will be criticised for not having given women that simple hormone that is oestrogen. That oestrogen itself could replace statins in the prevention of heart disease. Oestrogen will be cheaper and have less side effects over and above the prevention of cardiovascular disease. It will have a positive impact on the brain, it may prevent dementia, it will prevent brittle bones, it is the best thing we can have to prevent the symptoms of the menopause… I could go on and on…”

Q: If you don’t have symptoms do you need it?

“It would just restoring it to appropriate level.”

“There’s a myth that testosterone is a male hormone. It is produced by the ovaries until menopause and the women’s body has receptors all around the body. It is an important part of the women’s make up. When we give oestrogen only in my view we are not adequately treating women.

“Let me summarise – the vast majority if women will benefit from HRT and we can give it in ways that are very safe when it comes to the breast cancer that bedevils women’s minds. Oestrogen has a huge number of benefits when it comes to protection against heart disease, dementia and breast cancer and osteoporosis. It can be the best medication to take away the menopause symptoms. 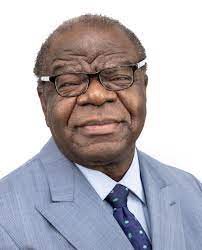 Professor Manyonda is the co-founder of The Menopause Clinic in Harley Street. He is also a Consultant Gynaecologist at various London hospitals.

You can see the full interview with Professor Manyonda here: https://www.instagram.com/tv/COLc3kmlZPP/?utm_source=ig_web_copy_link

Featured Stories
What your skin really needs with Dr Johanna Ward
The brain, menopause and HRT- what do we know?
Summer fruits: what you should be eating for your skin’s health
Do you need Testosterone as part of your HRT?
Hair loss: what are the treatment options for men and women
Carbonated water: should you be washing your face with it
Menopause and Mental Health – The Forgotten Symptoms
Can diet help relieve your menopause symptoms
Erectile dysfunction, penis size and the p-shot
Rebranding HRT-is it time we changed the way we think about it?
Categories