IV Vitamin Drips: Are they safe and should they be regulated?

Find out why some experts think they do more harm than good and should be regulated.

Got a hang over? Get a drip.

Feeling tired and run down? Get a drip.

Want your skin to look lighter and brighter? Get a drip.

Slow the ageing process? Get a drip.

Need to detox your liver or boost your brain power? Get a drip.

It doesn’t seem to matter what ale’s you, an IV vitamin drip seems to be the answer. From burning fat to beating jet lag, providers of these drips say they’ll do the job.

What was once the sole domain of hospitals, where they’re used to deliver hydration or prescribed nutrients or medications,  IV drips for aesthetic or ‘wellness’ reasons have become a rapidly growing industry – and a cash cow for practitioners.

Spurred on by celebrities posting pictures of themselves being hooked up to drips on social media, people are it seems, lapping them up. One woman told Harley Street Emporium her friend had had 16 drips in a year to boost her energy and lighten her skin.

But could these drips cause you harm and should they be regulated. Some experts in the field definitely think so.

It is used to help reduce the side effects of chemotherapy in cancer patients but according to the US Food and Drug Administration or FDA, drips with glutathione have not been approved for this type of use.

The glutathione is mixed in ‘bespoke’ cocktail with high doses of vitamins like vitamin C and B group vitamins as well as selected amino acids. Prices ranging from £100-600 depending on the blend. The exact concoction isn’t revealed by the companies for ‘commercial reasons’ and there is no oversight or regulation governing what goes in, what quantities are used or the quality of the ingredients used.

As such the FDA’s pharmacist, In Kim, says: “These products pose a potentially significant safety risk to consumers. You’re essentially injecting an unknown substance into your body—you don’t know what it contains or how it was made.”

Consultant Dermatologist, Anjali Mahto, agrees the risks are high and adds there is very little evidence to back the claims made.

In an article for the British Skin Foundation she explains that “glutathione is an anti-oxidant agent that interferes with melanin production. In the oral form, it is available as a food supplement and there is no hard, scientific evidence that it actually works for this purpose.”

She adds: “Intravenous glutathione, however, is deemed to be of questionable safety and can potentially cause problems with severe skin rashes, kidney and thyroid disease.”

One reviewing study states: “There is little convincing evidence in favor of glutathione as a therapy for hyperpigmentation at the present time, and there are many unresolved controversies that surround its use.”

In addition to the ethical issues surrounding ‘skin lightening’ and the pressure some women feel to have lighter skin, Mahto warns that if you are using these drips to lighten pigment spots or melasma, it is unlikely to work as it will lighten skin all over the body, so the spots may fade but so will the skin around it and there will be no real gain.

Mahto is one of a growing number of medical practitioners who is calling for the medical regulatory body, the MHRA, to draw up regulations to govern this industry, as is Sophie Medlin, Consultant Dietitian and Director of CityDietitians.

“Absolutely. There is an urgent need for more regulation,” Medlin says. “There have already been a number of deaths associated with intravenous vitamins being administered.”

In early August a Russian model died after having a drip administered in her Moscow home and in March a man in America also died of organ failure after a drip was administered. Model Kendall Jenner was also admitted to hospital.

The problem is that many companies, even those run and staffed by doctors, are offering these services in people’s homes, shopping centres or even at music festivals (all of which are a far cry from clean and sterile environments) and they aren’t doing the blood tests that would be required to establish a deficiency that a supplement would be used to treat. Many don’t even do these tests in their clinics.

This means that decisions to administer these cocktails are often taken after a short chat with about diet, lifestyle and hopefully medical history and a blood pressure test, but without being based on any proven need for such a treatment.

You may think “ah, it’s just vitamins and minerals, where’s the harm’ but all of this rings serious alarm bells for Medlin.

“Currently people with very little knowledge and experience can set up shop and administer chemicals into the blood stream of anyone from the general public, without knowledge of their current or past medical state. For example, someone may have existing liver or kidney damage without knowing, and this sort of treatment could lead to permanent damage.”

Medlin has spent many years working in the NHS and adds that “within conventional medicine, we would never administer anything into the veins unless it was absolutely necessary. This is due to the risks of the needle and the infusion itself as well as the risks of introducing a foreign substance into the blood. Without proper screening and a thorough medical history, the risks are even higher.”

Heart attack, renal or liver failure are some of the possible consequences if due diligence in terms of medical history taking and testing is not carried out.

It’s our lifestyle, they say

Practitioners providing these IV drips often claim our hectic lifestyle means many of miss out of the essential nutrients we need to remain healthy, but the National Diet and Nutrition Survey shows that the only deficiency most Brits have is Vitamin D.

Proponents add that the drips are ‘safe’ because we’ll just ‘pee out’ what we don’t need.

But  ‘expensive pee’ may not be the only price we paid for an intake of too many water-soluble vitamins like vitamin C or the B group vitamins.

High doses of these vitamins can cause stress on kidneys and, when you add in bypassing the gut and going into the veins instead, it’s a whole new ball game – as the British Nutrition Foundation warns:

“Compared to the dietary route, far less is known about appropriate dose levels or combinations and about the potential toxic effects if the gut is bypassed.”

Emeritus Professor of clinical chemistry, Alan Shenkin, can barely believe this is happening.

“If the gut prevents absorption it’s doing it for a reason – because it’s potentially toxic. So to bypass the gut – the body’s natural mechanism for maintaining balance or homeostasis –  is overriding the body’s safety mechanism. In this case, administering these drips is not potentially beneficial, it’s potentially harmful,” he says.

“Within conventional medicine, no vitamins would be infused without a clear justification. This is due to the risks associated with infusions and overdosing on vitamins. Your body has adapted not only to prevent you absorbing toxic levels of vitamins into your blood but also to stop anything from being able to access your blood stream.

“Overriding adaptive protection mechanisms and force-feeding artificial levels of anything into your blood stream unnecessarily is risky and misguided.”

But what about the anti-ageing?

When it comes to the anti-aging claims, Dr Mahto says  while there may be some logic behind it as it’s an antioxidant so far “there is no clinical evidence to show that this is true.”

And don’t start her on detoxifying the liver. She told Refinery29 that this was little more than high risk “woo-woo mumbo-jumbo”.

“There is no evidence that detoxifying your liver is possible.” 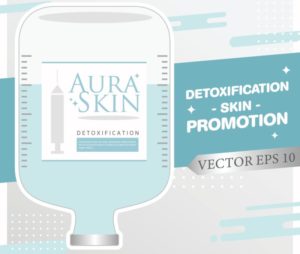 With clinics suggesting multiple sessions – some even offering discounts on bulk purchases – she says none of this has been recommended by robust clinical trial. “Potential organ failure is one of the main side effects that has been associated with regular use and the bottom line regarding safety is that we don’t know. There isn’t any long-term safety data on IV glutathione.”

“I can only assume that [clinics] are making up their own protocols,” she added.

There is no doubt Brits love their vitamins supplements and energy boosting powders – we’re spending around £961 million on them according to one market report. But the advice from these professionals is to think twice about whether a drip really the best way to get them.

“I can see no justification for offering them in these circumstances. Anything taken intravenously should be regulated and backed by proper clinical trials,” Shenkin says.

Instead he recommends a healthy diet or an oral supplement that has the daily recommended dose. That is more than enough for the vast majority of us.*

Do not have an IV vitamin drip if you have:

Always check with your GP before having any intravenous vitamin treatments.

*The only exception here is vitamin D. Public health England recommends we take an oral daily supplement of vitamin D, especially during the colder months.

Featured Stories
To pop or not to pop that pimple?
Pregnancy And Skin: What Changes And What You Can Do About It
Holly’s notes: Things to consider if you’re having plastic surgery
15 New Years skin care resolutions
Losing hair and menopause
Carbonated water: should you be washing your face with it
Detox diet
How to get rid of cellulite: what works and what doesn’t
Breast cancer and menopause: how can you manage the symptoms
Are you guilty of the ten cardinal skin care sins?
Categories 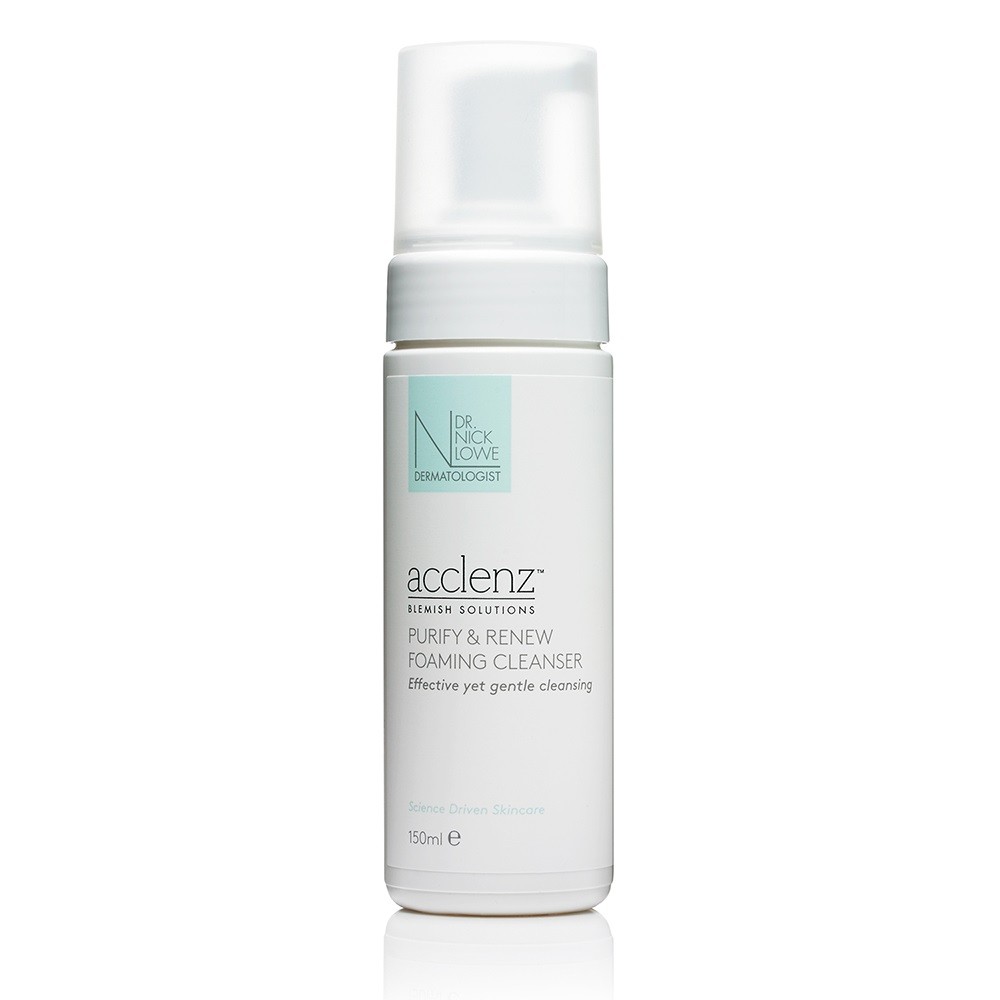