Menopause, the brain and HRT - what do we know?

Menopause and the mind: experts explain what’s going on, if HRT relieves symptoms & if it could prevent dementia.

How many times have you walked into the kitchen and found yourself wondering what you came in for, or struggled to find words only to end up saying: “you know, the thing-a-me-jig that what’s-his-name uses’?

If you’re approaching menopause or are already on the other side (post menopausal), these may be frequent and distressing occurrences. And that’s just the tip of the iceberg when it comes to the menopausal brain. We often find concentrating is difficult and may feel we can no longer cope with complex tasks.

We may even feel like we’re losing our minds – but it’s really declining oestrogen that is playing havoc with our brains.

What does oestrogen do in the brain?

We tend to think of oestrogen as a ‘sex hormone’ because it’s responsible for the development of our breasts and reproductive organs and readying out uterus for a baby through its affect on the womb lining or endometrium. While it’s produced primarily by our the follicles (egg sacks) in our ovaries, it doesn’t just act locally – it circulates throughout the body and plays a vital role brain function.

According to Professor Michael Hornberger, Professor of Applied Dementia Research at the University of East Anglia, we have oestrogen receptors across our brain including the areas that govern memory formation, verbal and spatial abilities as well as emotional reactions.  So it’s not surprising that as levels drop, we struggle to cope. We may get  some of the symptoms mentioned before or others like anxiety, panic attacks and low mood/depression like symptoms.

Among other things, oestrogen affects the production of serotonin and a neurotransmitter known as GABA. Both of these can affect our mood resulting in depression like symptoms  and anxiety.

Oestrogen helps regulate the way the brain uses of sugar (glucose) to fuel itself. As oestrogen levels drop our glucose metabolism slows, leaving the brain searching for new ways to power itself. This may go someway to explaining why we have difficulty concentrating or have ‘brain fog’.

It also helps maintain blood flow to the brain and provides anti-inflammatory effects. These are important for preserving brain function, reducing the risk of stroke and possibly reducing the risk of certain types of dementia including Alzhemier’s Disease. We know that women have a higher risk of dementia under the age of 70 than men and that after 70 our risk of dying of a heart attack is about equal to a man’s – and the common denominator could well be declining oestrogen levels.

But Professor Hornberger says oestrogen’s affects don’t end there. It’s important for our nerve cells or neurons. He says it protects them and helps them to regenerate if they’re damaged.  And, it affects the neurotransmitters too, the chemicals that enable nerve cells to communicate. One that is is especially important is acetylcholine which he says “is important for concentration and memory and makes a big difference to cognitive symptoms” – (which may go some way in explaining why we may not remember why we walked into the kitchen!) 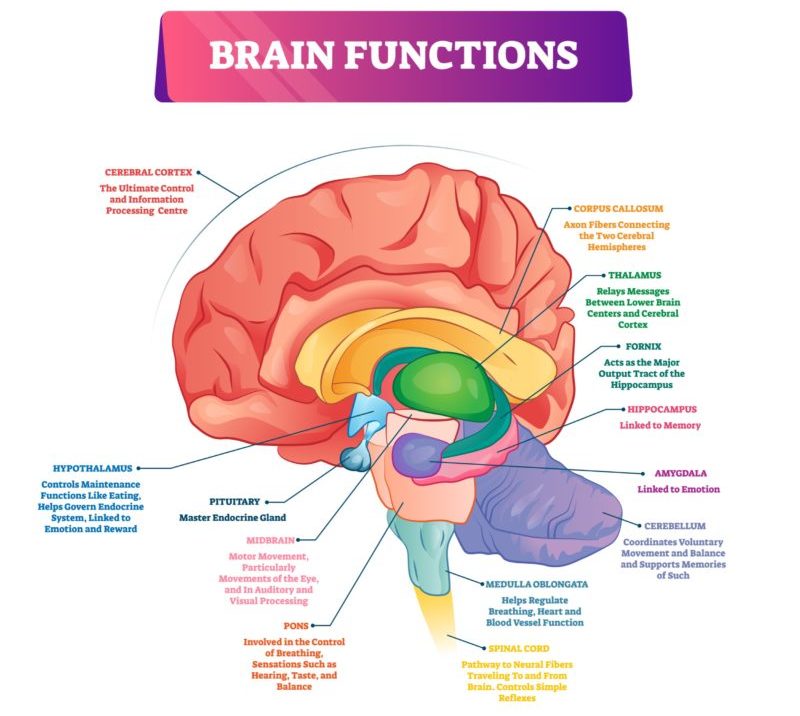 Should we be replacing the oestrogen?

All of this begs the question – if declining oestrogen levels can do all this harm, should we start replacing oestrogen as soon as we start showing menopause symptoms?

Consultant Gynaecologist Professor Isaac Manyonda wonders is this generation will be held to account in years to come because we haven’t routinely given women oestrogen starting in their perimenopause years because of all of its beneficial effects.

“I’m going to stick my neck out here. In years to come we will be criticised for not having given women the simple hormone that is oestrogen. Oestrogen could in theory replace statins in the prevention of heart disease, and it would be cheaper and have less side effects. And it could have a positive impact perhaps on the brain and help prevent breast cancer and will prevent brittle bones,” he told Harley Street Emporium.

But when it comes to the hormones and the brain Professor Hornberger says things can get complicated.

“The truth is we really don’t know enough at the moment,” he says. Some studies have shown  oestrogen is protective of the brain and may help prevent dementia or Alzhemier’s Disease but others have yielded conflicting results.

As our oestrogen levels drop our “oestrogen receptors might shut down, but that doesn’t mean it’s not reversible – hypothetically speaking”, but he says, timing is the key.

“What we know is that there is a ‘critical window’ and evidence is pointing at the critical window being during perimenopause or right after. Some receptors may be lost but oestrogen may help some reboot”, he hypothesises.

Generally when we think of a ‘critical window’ for starting HRT it’s up to 10 years after the last period, but Professor Hornberger says when it comes to brain health the window may be much shorter, which is something for GPs to consider when women present with cognitive symptoms.

“GPs have to follow guidelines but it’s better to discuss these things earlier than later. If women have brain fog, or are  complaining of memory loss, it’s always worth discussing it with your GP, menopause clinic or gynaecologist and the decision should be made in each individual basis.” 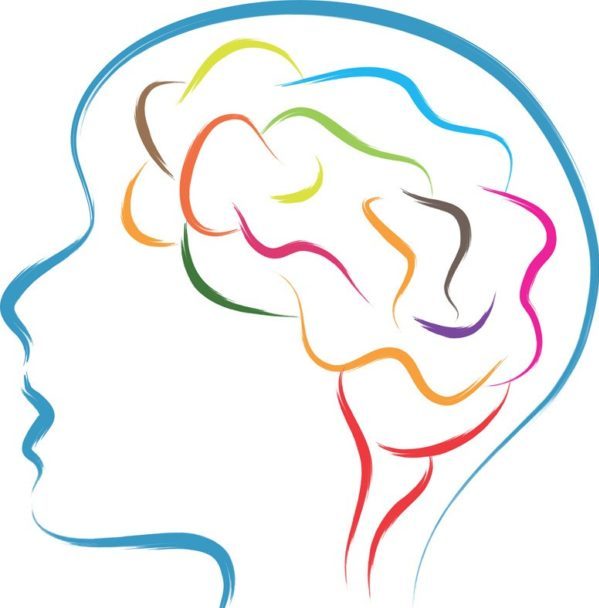 Could starting HRT with oestrogen replacement help prevent dementia or Alzheimers in the future?

At the moment Professor Hornberger stresses that so far scientific evidence to support this theory is lacking as dementia is a very difficult things to study, but, he says we need to start changing the way we think about it.

“We often think of dementia as a disease of old age, but it presents at middle age, so the choices we make in middle age will affect our path in later life”, he says.

And this is where it’s important to consider the interaction between lifestyle and family history, including whether or not you carry the APOE4 gene which may put you at higher risk of developing Alzheimer’s.

Of course having a the gene does not automatically mean you will develop Alzheimer’s as it’s what’s known as a ‘modifiable gene’ – so lifestyle factors such as smoking, not exercising, not sleeping well, drinking too much alcohol, eating a poor diet and having co-morbidities like high blood pressure or diabetes can increase your risk of Alzheimer and other forms of dementia in the future.

“There are a range of risk factors, and oestrogen is just one. We don’t know enough yet about the role of the sex hormones or exactly how they work”, but if there is family history and the presence of the APOE4 gene, he thinks its definitely worth considering HRT  if you are within that crucial ‘window of opportunity’ during perimenopause or just after menopause.

Starting later may not reap the same benefits he says, but more research is needed.

In the UK now approximately 1 million people have dementia and 65% of them are women. Around 46,000 are under the age of 65. The cost to the economy is a staggering £26.3 billion but the cost to families and loved ones is immeasurable. It is a disease that progresses slowly and there is no cure.

You can read more about dementia, menopause and Professor Hornberger here: https://dementiascience.org/

If you would like to find out more about Alzheimer’s or donate to help research into finding a cure for Alzheimer’s click here: https://www.alzheimersresearchuk.org/

Clinisept Plus Sanitiser
Clinisept plus
Add to cart
Read More 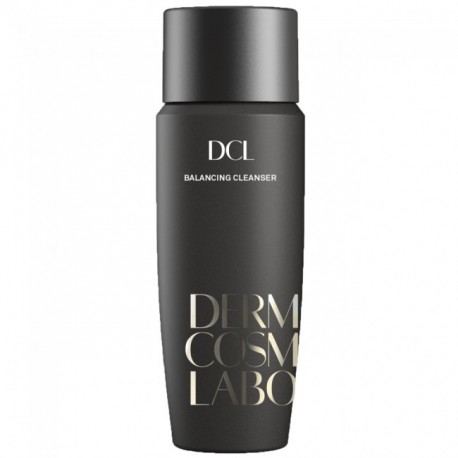 DCL Balancing Cleanser 200ml
DCL Balancing Cleasner
Add to cart
Read More
Featured Stories
The overactive bladder explained
The brain, menopause and HRT- what do we know?
Menopause and Mental Health – The Forgotten Symptoms
Menopause – What is GSM?
12 things you should never put in your vagina
Do you need Testosterone as part of your HRT?
6 quick tips to get rid of acne
Can diet help relieve your menopause symptoms
Breast cancer and menopause: how can you manage the symptoms
Rebranding HRT-is it time we changed the way we think about it?
Related Posts 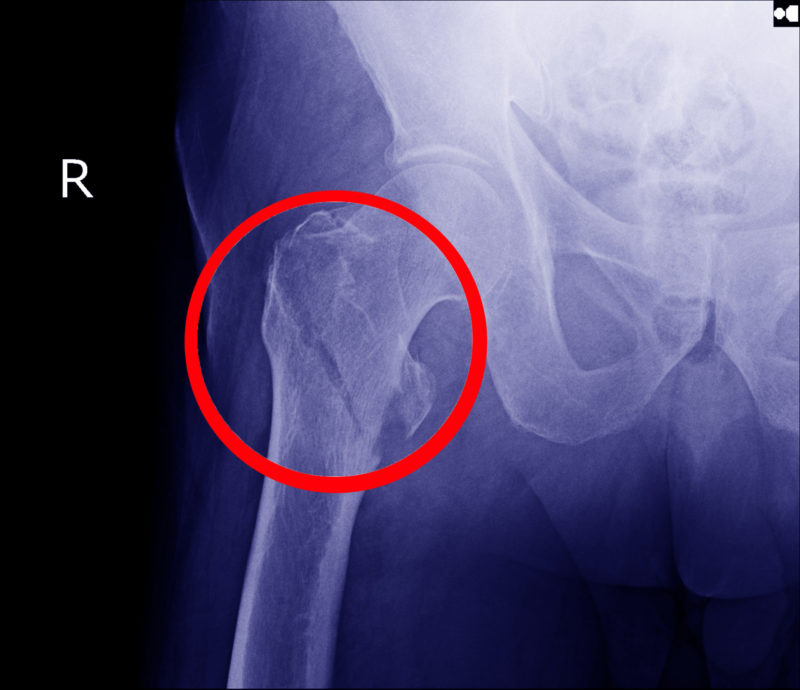 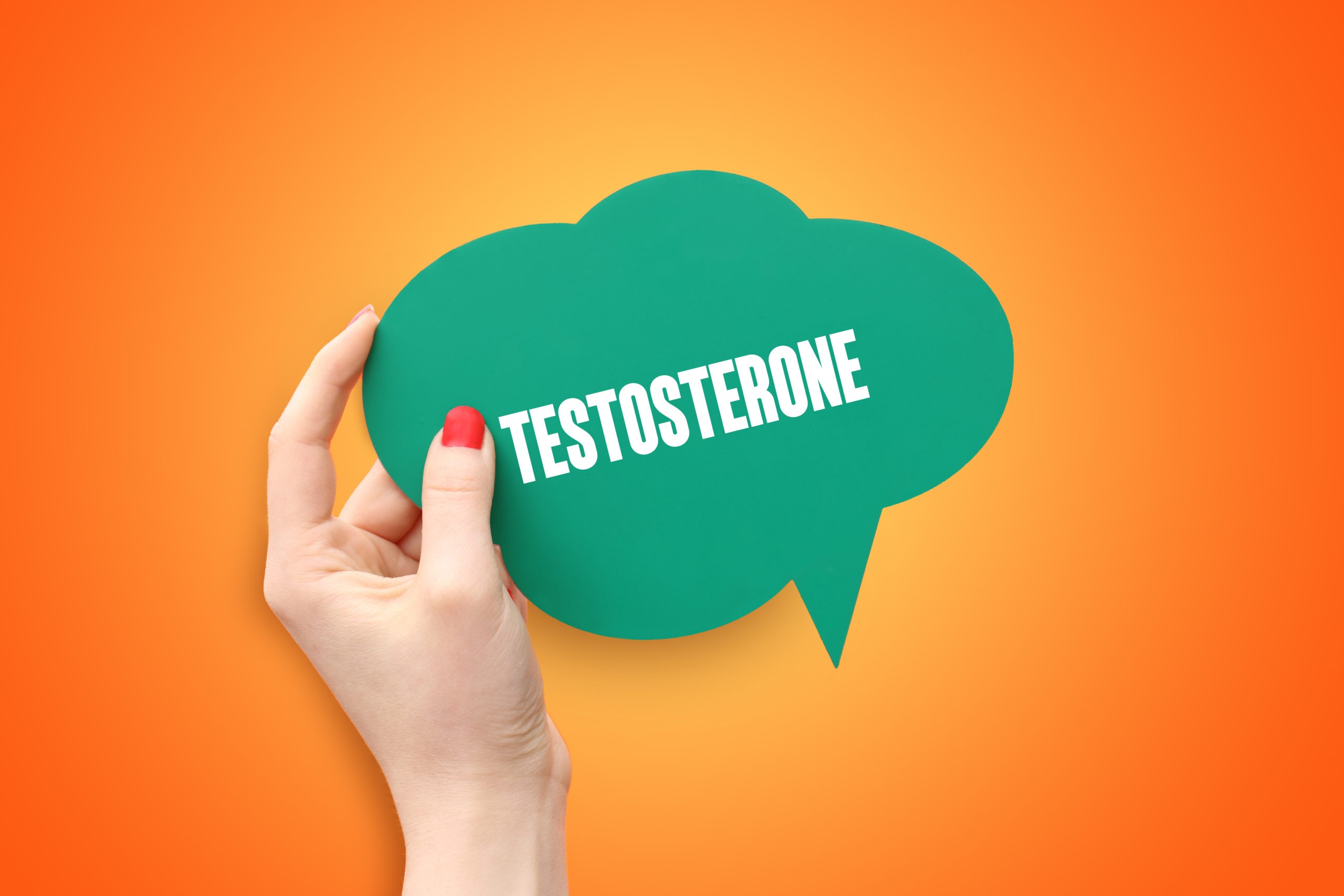 Do you need Testosterone as part of your HRT?
Read More
Categories